A folkloric dancing association without performances is like a pub without any beer, so ’t Havermeuleke aims to schedule at least a few performances every year. Those can be very different in form. We walk in processions, dance in city streets and maybe do some flag swinging or we put together a whole show to perform on stage.

For many years, we have taken part in the Huldenberg procession in August. We not only walk, but also perform some dances and flag swinging routines during the procession and show the audience one more dance in front of the castle of Huldenberg at the end. The annual Easter Festival in Leuven also has a procession with our group in it. If you were present at one of the past inaugurations of the Maypole in Leuven or the last edition of the Leuven Giant procession (Reuzen Leuven), you will have noticed we were there as well. The city of Tienen is also a place we like to go to for processions, such as the Witch procession at Halloween for instance.

At local events, such as neighbourhood gatherings or community fairs, we usually put together a performance of about one hour. We have done that for several small events, such as in Tienen and Westerlo, performing a collection of dances and some flag swinging. However, at such occasions, we also sometimes invite members of the public to join in and dance with us, following the lead of our dance teacher. 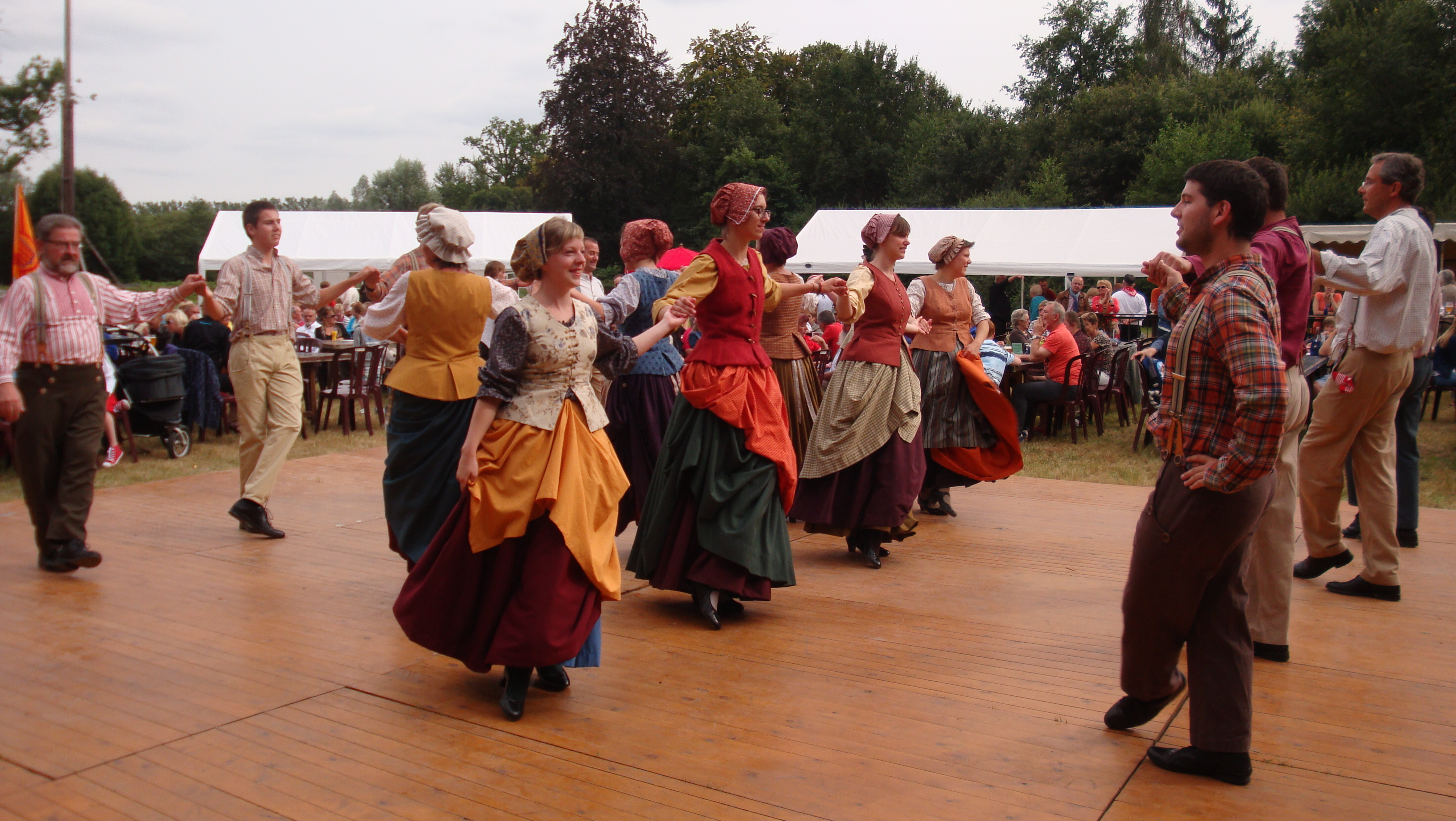 Every year, we perform at the Leuven Easter Festival. Apart from the performance in front of the city hall on Saturday, we save the big spectacle for the stage performance at “De Rijschool” on Monday. For the entire programme of the festival, click here.

We perform in Belgium as well as abroad. We try to make at least one trip to another country per year, but more about that in the section called Trips.